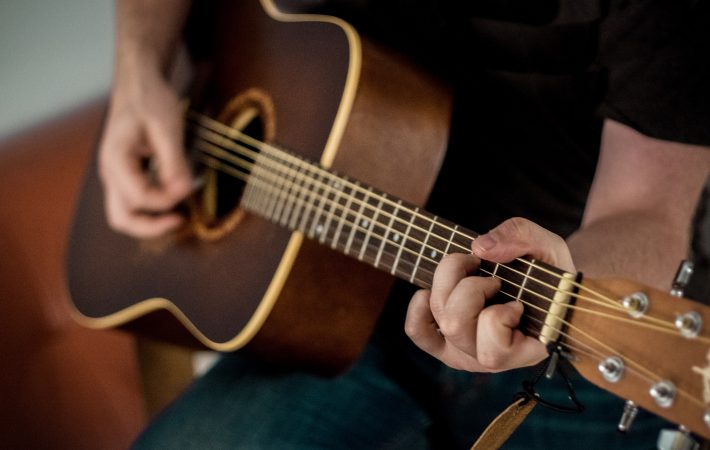 He appeared before on the ‘dance floor’. Calling it a dance floor is being more than generous. We were playing on the floor of the pub and there was a small area immediately in front of us for dancing.

A solemn figure stood maybe 2 metres from me, simply starring. It can be disconcerting when this happens, but it is not uncommon. He was swaying, but not because he was grooving to the music. After a few songs he told me I was a terrible guitarist, that I really couldn’t play, and that I knew nothing about getting a good sound from the instrument. And yes, my recount has been cleaned up somewhat.

I ignored the comments initially, until he told me to hand him the guitar and he’d show me how to play. When I didn’t respond to his first demand he reiterated it several more times in rapid succession. I shook my head when he raised his voice to demand the guitar be passed over once more.

This led to more put downs of my playing, and increasing demands to be given the guitar so he could show me how a real guitarist would play it. He then informed me he used to play guitar for Keith Urban, had toured the US with him and played on his albums.

It was at this precise moment he pee’d his pants.

It was a great look!

He slipped away leaving a puddle on the floor.

Later on when we had finished playing I went to the toilet before packing up and Keith’s guitarist was there and once again started up with how bad I was and he should have played my guitar. At this point he then slipped forward and ended up in the trough.

Now this individual had said some pretty damming things about my playing. He also decided to deliver some quite insensitive and downright nasty comments about me as a person.

It was nothing new. I have no idea how many times I have been told I suck, that I can’t play, that I am the worst guitarist ever, or that I am ugly and boring. One night I was told my shoes were ugly because I didn’t know a song that was requested incessantly for 20 or 30 minutes, and the woman making the request would not accept that I didn’t know it. At least it was an original putdown.

When you put yourself out there some people will put you down, no matter what. The late Phil Emmanuel told me once the Australians could be the hardest audience to play for. Phil could well be right. When I’ve played in the US they have willed me on to play well; there has been a degree of respect and interest often lacking here.

I’m not saying that at least some of this doesn’t hurt. I was so badly rubbished at a pub one night, which ended with a guy throwing a full schooner at me which had been aimed for my head, that I ended up in tears in my car that night.

But as with anything, we do need to consider who these ‘experts’ are passing judgement on what we are doing. We have the gig. They don’t. We’re up there making people happy. The naysayers are not.

‘We should not take criticism from people we wouldn’t take advise from’… this adage definitely applies in this instance.